As Nurses, we have been too silent for a long time. And I hold on tenaciously to the argument that it is mainly because the nursing profession is made up of more than 89% of women, who do not want to get their feathers ruffled and their...

A part of me was excited, while the other part of me, kept questioning my excitement.

Are we making the right decision as a body? Or are we just being pushed to act by the eagerness of UNIONISM?

There’s something about Unionism. It has the power to influence every aspect of an organization, sometimes – prematurely.

Is the political arm of The Nursing Body in Nigeria ready to operate on its own? Like her sister body – The Nigerian Medical Association (and all its baby branches).

In this short essay, I try to collect my thoughts and present them to you. As a writer & journalist (though I do not like to be referred to as a journalist, the term sounds too rigid & serious), I can’t help it, keeping these thoughts and ideas within me. It’s like an itch in my writer’s gut, that won’t let me rest until I scratch it by writing my ideas down and sharing them with you, my precious readers & followers.

Silent For Too Long

As Nurses, we have been too silent for a long time. And I hold on tenaciously to the argument that it is mainly because the nursing profession is made up of more than 89% of women, who do not want to get their feathers ruffled and their feet dirty; sincerely, I may be wrong, and this may not be the alpha reason why, but it has some element of truth in it.

Nurses have been too busy running after other things. A large percentage of us are women, who already have enough social pressure mounting around them before they even became nurses. Now, very few of them, these women, are bothered with these things; leadership fights, etc, while others who miraculously start getting bothered, have a lot to deal with, from gender bias to the misogynistic attitude of some men in the healthcare community, who believe that women should not be allowed to rise too high in the world of leadership.

They have a lot to contend with, as women. We have had and still have wonderful women in the nursing profession who have brought themselves together to cause significant changes in the world of nursing practice (Clinical, Administration, Legislation & Innovation).

The adoption of the nursing practitioner specialty in most countries in the United States was made possible by strong women who came together, bringing facts, data, work & results to the table of legislation.

Their effort as teams has made it possible for the nursing community worldwide to pride on an achievement that looked impossible some Fifty or more years earlier; that Nurses will have so much autonomy in clinical practice, though this victory comes not without the criticism of some in the healthcare community, who feel that these kind of clinical autonomy nurses are now enjoying is only designed & preserved for a particular group of healthcare practitioners.

Nursing is becoming something. The old gender tradition is beginning to break away, gradually. As we are having more men who are picking up genuine interest in the profession, they are bringing in fresh insights and strength into the already powerful fold.

Though some may think that we, the men, are trying to infiltrate the world of nursing, so that we can control it like we control other worlds, well, I see it as we, coming into the nursing community, to help us achieve more, to break the boundaries that have held us bound, especially in the hostile area of governance.

Some have held on the local theory that other members of JOHESU, have used the number & influence of Nurses to get most of what they want, while the national desires of Nurses hardly get to the sacred tables of the Senate for consideration.

The question now is this: Are we going to see changes, now that we have decided as a body to stand on our own?

I have taken my time to listen to what others have to say about the situation? (Verbally, and in published articles) And honestly, it looks as if everyone is looking in the same direction.

Personally, I have no hidden grievances with NMA. I just see a body that has been able to utilize the power of unity & status to adroitly bring to pass most of its desires.

We should be able to study their tactics, get organized and do something.

The idea of NANNM fusing with NMA isn’t a very smart move, I must say. We are not enemies, we have just grown over the years to be two different sisters, whose approaches to solving problems differ a great lot and we are made up of different substances.

The professional nursing body in Nigeria needs more leaders, leaders who are vision-driven; men & women who have solid dreams of what they want the nursing profession in Nigeria to become.

And the making of these kinds of leaders is where the real work is. Many nurses in Nigeria have not fully grasped the importance of cultivating the leadership spirit, a culture that has set the NMA apart for a long time, and I believe is one that has given them the upper hand when it comes to negotiating with the government and employing legislations to support their desires; to the envy and forceful admiration of others in the healthcare community.

Like I tried to explain in a previous essay of mine here on Care City Blog, I talked a little bit about the importance of us having nursing leaders who are politically intelligent and determined to represent us up there. I know it may not be as easy as it sounds, because of the nature of governance in a country like Nigeria, but it is something that we must start working towards.

In a recent essay which I published with IGNITE Nursing Education Resource’s Blog, I placed so much emphasis on the need for us to start inculcating the culture of leadership into our system of nursing education in the developing world. You can read that article here.

This practice (inculcating the culture of leadership into our system of nursing education) is what we have neglected for a very long time as a professional body, but the times are changing, we are now having nursing bodies springing up from all over the corners, tender & determined communities that are understanding the importance of developing professional cultures built around the virtues of leadership, innovation & excellence.

We do not know if the divorce is going to happen, but what we all want is a professional body that works. One that is sincerely concerned with the welfare of its members. And if standing alone will cause them to get serious with what they were called to do, then let the separation continue, otherwise, if the divorce is not going to make them serious, if it’s coming too soon, or does not need to occur at all, then, let them remain with JOHESU.

It is all for the greater good of the healthcare system in Nigeria, and not for some hidden selfish agenda. If the separation will be used by corrupt elements among us to steal & cause more problems, thereby making things worse than what it was, then no separation, until we are ready.

And from your own assessment of the way things are with NANNM today, do you think we are ready?

The Future of NANNM; Is In The Hands of?

The average Nigerian Nurse does not believe in the country, only a few of us are still consciously nurturing our patriotic ego. Others are looking beyond the horizon. How will you now cajole us to believe in NANNM? To have a vision for her, when more than 99% of Nurses here are already dreaming of practicing in foreign countries.

Our best minds are leaving the country every day. Not just Nurses, but Doctors, Engineers, Economist, we are all running away, and no one is looking back, yes, no one (maybe some of them).

The NANNM & JOHESU issue is a wide one, I myself can only write & discuss what I see & understand, my purview might be obscured & hindered by a lot of factors, but I have an elementary grasp of the matter at hand, at least.

The future of NANNM should be in the hands of true & real leaders. If we don’t have them being groomed now, then that future is threatened.

What can we do now, but sit back and watch as the event unfolds. We pray and hope that the decision is one that will preserve our ideals as a professional body. 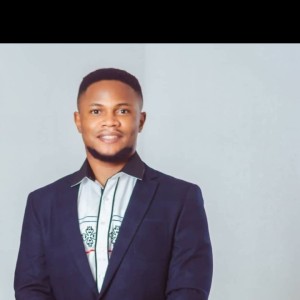