A poetic and an intellectual exposition that does the job - informing the general public about the sorrows present in making the wrong decisions when it comes to "Blood Genotype Compatibility" in choosing a life partner. Dr. Ayooluwa Olasupo, has used her poetic skill to better give this important topic a pleasant glow, coupled with the scientific information present, which is presented in very simple language the average reader can understand...

A Brilliant Professional Exposition On The Plight Of Children Suffering From Sickle Cell Disease In This Century. Written by Dr. Ayooluwa Olasupo (Ìmísí)

Read it as a reminder, share it as your own contribution, let many know that though love may intoxicate like “Emu Ogidi,” if we do not obey certain natural laws, the intoxication can turn to pain latter in life.

Long ago, a world defining discovery was made in the field of medicine which revealed that when a couple with two incompatible “blood genotypes” get married, their children are likely to come down with a group of blood abnormalities called Sickle Cell Disease.

This trailblazing advancement in medicine has contributed significantly to the discarding of the once assumed pathophysiology credited to our forefathers in which they postulated that most deaths of children then were attributable to “Abiku Syndrome.”

But if one ever watches those sensations freeze as if under the spell of anesthesia; Or beholds the one time richly vascularized story of love become anemic in the face of life’s drama of reality, then one would conclude that it pays to have a thorough preview before opting to view such ceaseless season films of frustrations.

As my wrists spin around the rim of my pen, I implore you, lovers to kindly discourage your passions from becoming a passport to pains for an unborn child.

Sickle cell disease is real and especially sickle cell anaemia(the Haemoglobin SS – occurring in its homozygous form) is a common entity in our environment in Nigeria with a prevalence as high as 3%. Three percent seems scanty a figure but when the real digits of 150,000 Nigerian births of sickle cell anaemia children every year is mentioned, one should reflect deeply indeed. And this treatise becomes necessary, therefore.

If one would be honest and objective, one would admit that these children are usually vulnerable to all manner of insults to their healths while their parents suffer from burnouts, under the heat of frequent clinic visits, hospital admissions, financial drain, emotional and psychological imbalance, amidst others.

You see, no amount of kisses and hugs that are given to the child taunted as “sickler” will appease his/her red blood cells from “re-sickling,” and hence the resultant unpleasant effects on health ranging from the persistent painful bone crisis, insufficient blood levels, sometimes limb deformities, visual impairment, seizures, strokes, delayed growth and development, poor academic performance in school amidst a myriad of other physiological anomalies.

In the end, what we see is a child, less agile than children of the same age group. Does this sound like what could make any father or mother beam with happiness?

You already know what the answer is.

Many times, when I view these ones I see them as innocent children who are being hit with tonnes of trauma by a vehicle of unwarranted mistakes from their parents.

I suppose the future must be rationally considered to avoid pitching life’s canopy under the stormy winds.

We can make better choices in life by being desperate to find out someone’s genotype over and over before choosing to say “Yes I Do.”

Truly, it’s not in all cases that couples are ignorant about sickle cell disease. But some believe that when a genotype test is done, then it’s a once and for all thing. No! Genotype doesn’t change as most people think but for certain reasons, ranging from unreliable test kits to errors on the part of the person reading the test, amidst other human factors, the result may not be correct at the end of the day.

This is the major reason why genotype tests should be done as much as possible at various stages of life and if possible at different laboratories from childhood into adulthood to clear all iota of doubt.

Then when it’s time to get married there will be an almost absolute assurance of compatibility and even with this, it should still be done again before matching to the marriage altar.

If you or your spouse-to-be has the following groups of genotypes, then you are not compatible:

Going forward, it is worthy of note (and hence the asterisks) to mention that these listed chances or probabilities are for each successive pregnancy. Not predicted on the number of children to be born in all. No – It means that every pregnancy of couples who are both carriers of sickle cell traits entails the risk of delivering a sickle cell disease child!

Fortunately, medical knowledge has proved useful in sustaining the health of children with sickle cell diseases through various medical, surgical, nutritional, psychological, rehabilitative interventions amidst others.

And I must say a big kudos to all health workers in various sectors all over this country who have in one way or the other been contributing tirelessly to the care of those suffering from this condition.

The Government, NGOs, and all others are duly appreciated.

Let us continue to make more impacts through acing health care delivery, research, awareness platforms, and so on.

We can only get better.

Individuals, families, and the community at large will live a better, happier, and more fulfilled life if we take the necessary precautions – as health is in the real sense, health for all.

Let us however beware of the intimacy that harbours in it an intrinsic ability to inoculate infirmity in the future seed, because love’s visual acuity is ever perfect. By this I mean that love is not blind.

Do you have an article, essay, research or healthcare related information that you want to feature or publish on Care City Blog? If you do, kindly send us a mail here, or talk directly to the Chief Editor. 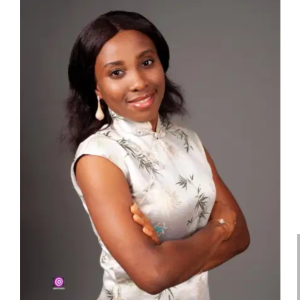 Ayooluwa Olasupo (Imisi) is a Nigerian Poet and Medical Doctor whose works have appeared in Christian Literary Hub’s Anthology, The Shallow Tales Review Literary Magazine, Eboquills, Touch Magazine, The Apotheosis, and elsewhere. She’s the Editor-in-chief of Scent and Sceptre Teenager’s Magazine. When she’s not writing, reading or attending to her medical passions, she enjoys telling children in the neighbourhood twilight tales.