This brief clinical note contains basic Information about TGA (Transposition of Great Arteries), it will give you an idea and make you understand the foundational principles of it’s pathophysiology.

The great arteries (Pulmonary artery & Aorta) are the two large arteries that transport blood away from the two major chambers of the human heart (the left & right ventricles).

Transposition of The Great Blood Vessels

This transposition makes it difficult/impossible for the systemic circulation to get oxygenated blood, since the aorta is no longer connected to the left ventricle (where blood is meant to be oxygenated) but is connected instead to the right side of the heart which is responsible for pumping deoxygented blood.

While the pulmonary artery which is meant to transport deoxygented blood is directly connected to the left ventricle which conveys oxygenated blood; the pulmonary artery now carries blood directly to the lung preventing oxygenated blood from getting to the systemic circulation (pulmonary circulation is a closed system, which only empties into the left atrium through four great veins).

This is done before surgery is carried out (arterial switch operation) to reposition these great blood vessels.

A catheter with a balloon tip, is passed through the foramen ovale (which is still patent during the first seasons of life) (in the Cath lab via Cardiac Catheterization) and inflated to open the hole, allowing blood to flow from the left side to the right side, improving symptoms.

Being a congenital disorder (occurs mainly in the new born), detection is normally after birth (within days and weeks), with cyanosis (cyanotic heart defect) as the most profound clinical manifestation that can be observed, it is life-threatening and prompt intervention is needed to improve outcomes.

This is a very brief clinical note, aimed at giving you an idea of what TGA (Transposition of Great Arteries) is, I hope to write another article that will address this subject with more details.

On an adventure to finding out how much more we can do to inspire you, our communities, and the world to do more... Care City is a Health Digital Media Company. Our primary goal as a community is to inspire healthcare professionals in Nigeria, Africa & all over the globe to do more in Healthcare Innovation & Digital Health, Healthcare Leadership, and Healthcare Management, preparing them for the digitalized future of healthcare.

I have a very strong feeling that nursing mentorship has found a new face here in Africa [and the world.] And one factor that makes me fall totally in love with everything is the faith in God that they bring into the whole game, it makes it extraordinary.

This interview session is special to Care City’s community. It is our first “in-house” interview. There is so much to learn from Oluwatobi.

Surround yourself with fools, and in no time you will begin to behave like one. It’s so natural, you can’t fight it. The poor nature of the fool will gradually diffuse into the heart of the wise, without you even knowing it. So, it is wise that you give yourself a safe distance, for the love & respect that you have for your ideas… 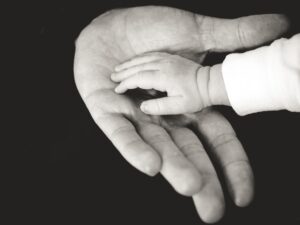 Focusing On Young Nurses Initiative: A Viable Solution To The Age-long Problem of Lack of True Mentorship Among Young Nurses in Africa & The World.